Good & Bad Baseball Mechanics on Display at the Olympics 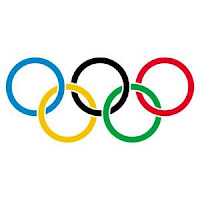 Baseball is unfortunately not an Olympic sport anymore. They had to make room for trampoline and women's wrestling, I guess. But that doesn't mean there aren't plenty of good examples of some of the most important mechanics that go into a good baseball swing or pitching motion.

I use a various Olympic sports on a regular basis as a way to teach how a baseball player's body should or should not move in order to gain more power, quickness and consistency. Here are some examples that are currently being broadcast from London:

Diving.  A baseball player's core is his main source of power. How quickly and powerfully he is able to rotate his core has a direct effect on how much energy is transferred to the baseball. Hitters are able to rotate quicker by pulling the bat through the zone with their hands and elbows close to the body. A compact swing is a quick swing. Similarly, pitchers are able to rotate quicker by tucking the lead arm back into their body. This is like a Olympic diver controlling the rate at which his or her body turns during a mid air twist. When the arms are in, the body twists quickly with little resistance. When the arms are extended away from the body, the additional weight outside the diver's center of gravity slows the rate of rotation. This type of twisting can also be seen in gymnastics or the aforementioned trampoline. If this were the Winter Olympics, the best example would be figure skating.

Tennis / Table Tennis.  A good tennis stroke is an example of how not to swing a baseball bat. A topspin forehand where the wrist rolls over through contact creates a shot where the ball dives back to the playing surface before reaching the base line. This is somewhat like a pulled ground ball in baseball - if the top hand rolls over as contact is being made, the barrel is raised up and around to the upper outside corner of the baseball, likely resulting in a grounder to the shortstop. A backspin drop shot in tennis is achieved by chopping down through the bottom of the ball with an abbreviated finish - the equivalent of an infield pop-up. In order for a hitter to get maximum carry on the baseball, he must avoid the early rolling of the wrists. Keeping the top hand under the handle at the point of contact as he pulls the knob of the bat forward and up through the ball into a high finish will result in backspin line drives with some distance. If the batter continues down through contact into a low finish, he will end up with that drop shot he does not want.

Shot Put.  Unlike the shot put, a pitcher's delivery is more of a pull than a push. As he separates his hands and strides toward home, the ball should be turned away from his body. He then uses his front side - hip, elbow and shoulder - to pull the ball forward with power and velocity. If the pitcher separates his hands into a position where the ball is shown toward third base, he will end up pushing the ball more like the shot putter, with much less velocity.

Javelin.  There are several similarities among the mechanics of pitching and javelin. Most noticeable is the firm front leg, which sends the energy created by the stride up into the core rotation, and ultimately the javelin/baseball. With hitting, we call it "putting on the brake," like in a car, and the stride leg is completely braced like the javelin thrower. Another mechanical similarity on display is the lead arm. As the javelin is being released, the lead elbow is pulled into the body for efficient rotation and more power from the front side. This is nearly identical to a top level pitcher.